The sad truth was that he was better at anger than responsibility. More competent at fighting than logic. And that bastard Nigel hadn’t given him anything to rail against.

Yet being pissed off wasn’t bringing Eddie back, and it wasn’t going to change the game or the fact that all of them, even that bitch Devina, were locked on this path, the rules of the conflict defining the landscape and trapping them in the game.

The whole goddamn thing made him want to scream… and left him missing Eddie so bad it hurt. With his buddy around, he’d always had a check and balance… had relied on Eddie to make decisions and provide that all-important pull-back-from-the-ledge when it was appropriate.

Except he was a grown-ass man… angel, whatever.

Maybe it was time to do that shit for himself. 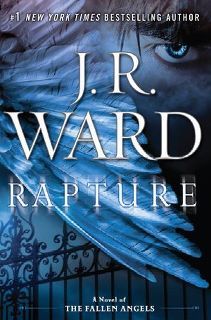 Mels Carmichael, reporter for the Caldwell Courier Journal, gets the shock of her life when a disheveled man stumbles in front of her car outside the local cemetery. She pays a visit to the stranger in the hospital, but the only thing he remembers of his past is seeing a name written on a headstone: that of Jim Heron — a fallen angel charged with rescuing souls from the seven deadly sins.
His amnesia is just the kind of mystery she likes to solve, but she soon discovers they’re over their heads with his past. Over their heads with passion, too… As shadows walk the line between reality and another realm, and her lover’s memory begins to come back, the two of them learn that nothing is truly dead and buried.
For as Mels struggles to help this mysterious stranger rediscover himself, Heron himself returns to prepare for a battle between good and evil. And Mels and her love find themselves trapped in a no-holds-barred war between angels and demons. With a soul on the line, and Mels’s heart at risk, what in heaven — or in hell — will it take to save them both?