Dan Savage has a point here, and his argument goes some way in answering the above-mentioned query from some heterosexual people about why lesbians and gays go about “flaunting their sexualities” at gay pride parades: they need to achieve acceptance and recognition for potentially prohibited behaviors. Interestingly, this view—that public displays of identity are particularly important for gays and lesbians and perhaps less so for asexuals—is probably not lost, at least on some level, on many asexual people. So while some asexual people do march and assert their identities publicly (Childs, 2009, January 16), I expect that a large number of asexuals quietly go about their lives without ever signing on to a chat-line or a website devoted to asexual issues, let alone joining a march devoted to sexual minorities.

But let’s get back to Dan Savage’s main point. Although there is some sense in it, I also think it misses a more important, broader point: The relevance of having an identity (and being able to express it) goes beyond gaining acceptance for, and therefore access to, behavior that might otherwise be prohibited. It has to do with answering some basic questions about oneself (e.g., Who am I? How do I fit in with others?). It also has to do with expressing oneself and seeking some level of acceptance from others for one’s existence (e.g., I exist, and I want the world to know and recognize that I exist). Identity formation, including the sexual identity process that is part of the broader identity-formation process, is a fundamental aspect of human development (Lawler, 2008; Leary & Tangney, 2003; Mathews, Bok, & Rabins, 2009). Anyone who knows a teenager, or recalls his or her own teen years, understands how important and fundamental identity formation can be. Similarly, the fact that most societies, cultures, and religious groups have “coming of age” rites attests to the importance of identity formation in human development, particularly within the context of reproductive/sexual maturation. Thus identity issues, sexual and otherwise, are also relevant to asexual people. 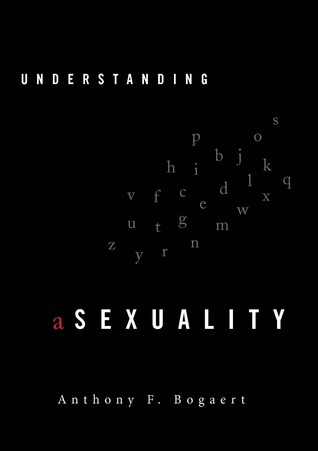 Asexuality can be defined as an enduring lack of sexual attraction. Thus, asexual individuals do not find (and perhaps never have) others sexually appealing. Some consider asexuality as a fourth category of sexual orientation, distinct from heterosexuality, homosexuality, or bisexuality. However, there is also recent evidence that the label asexual may be used in a broader way than merely as a lack of sexual attraction. People who say they have sexual attraction to others, but indicate little or no desire for sexual activity are also self-identifying as asexual. Distinct from celibacy, which refers to sexual abstinence by choice where sexual attraction and desire may still be present, asexuality is experienced by those having a lack of sexual attraction or a lack of sexual desire. More and more, those who identify as asexual are coming out, joining up, and forging a common identity. The time is right for a better understanding of this sexual orientation, written by an expert in the field who has conducted studies on asexuality and who has provided important contributions to understanding asexuality. This timely resource will be one of the first books written on the topic for general readers, and the first to look at the historical, biological, and social aspects of asexuality. It includes first-hand accounts throughout from people who identify as asexual. The study of asexuality, as it contrasts so clearly with sexuality, also holds up a lens and reveals clues to the mystery of sexuality.