«So why haven’t you stopped it?»

«I assure you, his balls are just fine».

At the dry interjection, both Nigel and the savior turned to the draped archway that led into the bath. Colin hadn’t bothered with a robe, but was standing there unapologetically nude.

And now that he had everyone’s attention, the archangel tacked on, «I’ll also ask you to watch your language, mate».

Heron’s brows shot up, and there was a moment of tennis matching, whereupon his head went back and forth between the two of them.

Nigel cursed under his breath. So much for decorum. And privacy. «Ice wine, Colin?» he said gruffly. «And mayhap some robing?»

«True enough. But your lack of modesty offers you no better cover than the temperate air in this tent. And I have a guest».

A grunt was all that came in manner of reply. Which was Colin’s way of proclaiming that there was no reason to be a stuffy old tart. 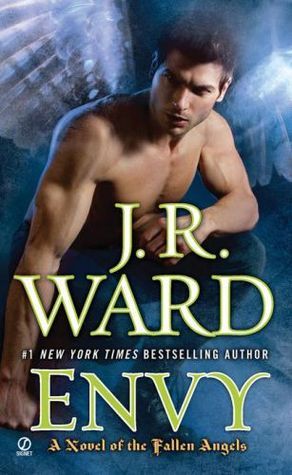 As the son of a serial killer, homicide detective Thomas “Veck” DelVecchio, Jr., grew up in the shadow of evil. Now, on the knife-edge between civic duty and blind retribution, he atones for the sins of his father- while fighting his inner demons. Assigned to monitor Veck is Internal Affairs officer Sophia Reilly, whose interest in him is both professional and arousingly personal. And Veck and Sophia have another link: Jim Heron, a mysterious stranger with too many answers… to questions that are deadly. When Veck and Sophia are drawn into the ultimate battle between good and evil, their fallen angel savior is the only thing that stands between them and eternal damnation.